Pierro Incisa della Rocchetta is the grandson of the family responsible for making Sassicaia. Pierro is a dreamer and always wanted to do his own thing independent of family ties, in 2004 heard about an abandoned Pinot vineyard in Patagonia, originally planted in 1932. And so began what is now Bodega Chacra, generally recognised as the greatest Pinot Noir produced in South America. Over time another vineyard from 1955 was added along with more plantings. Vineyards are tended using organic and biodynamic principles. The old vines are planted on their own rootstocks, producing tiny bunches with incredibly concentrated flavours.

Fruit is hand harvested, fermented in concrete, transferred by gravity and treated in the gentlest way possible without fining or filtration in order to produce wines with transparency.

Bodega Chacra is located in the Rio Negro Valley or northern Patagonia, half way between the Andes and Atlantic Ocean. The valley itself is a glacial bed 15 miles wide and 300 miles along the rivers banks at an elevation of 300 meters. 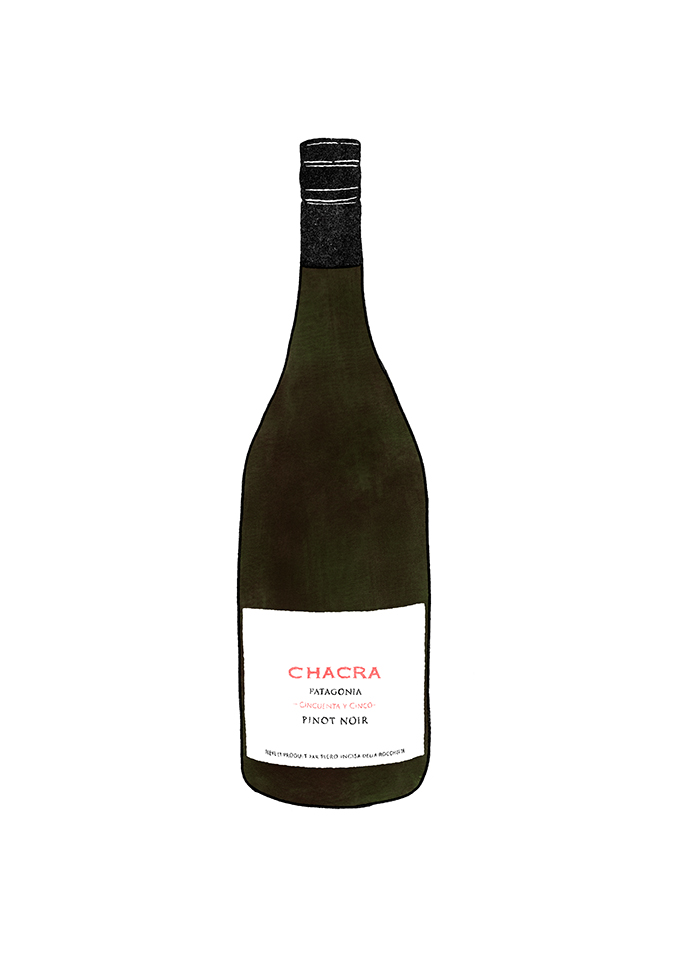