Bodega Noemia is owned by Italian wine producer countess Noemi Cinzano (of the vermouth family) and Danish winemaker Hans Vinding-Diers. Hans had been working in a commercial winery in Patagonia when he discovered some very special museum wines in the cellar. Captivated he tracked down the source of these wines; a very special 1930’s planting of Malbec which became the foundation for Bodega Noemia. They fell in love with the place and decided to restore it and return it to its original condition. After buying the grapes from this semi-abandoned vineyard in 2001, their first vintage was made in an old shed belonging to a fruit packing company; they destemmed the grapes by hand at night, and put them in open fibreglass tanks so that they could crush them with their feet.

The idea was to get back to basics. In 2004, Noemi and Hans decided to buy that same vineyard and have continued the project to this day with the same passion with which they started it. Another vineyard planted in the 50’s was then discovered and then younger vines planted.

The Rio Negro is half way between the Andes and the Atlantic Ocean, a large valley formed by two rivers provides and provides a microclimate cool enough for growing, apples, pears and fine wine. The old vines are certified organic and planted on their own roots (phylloxera is yet to make it here) which allows 30% more sap flow in the vine, creating wines with great energy. The wines are traditionally made with exceptional attention to detail. 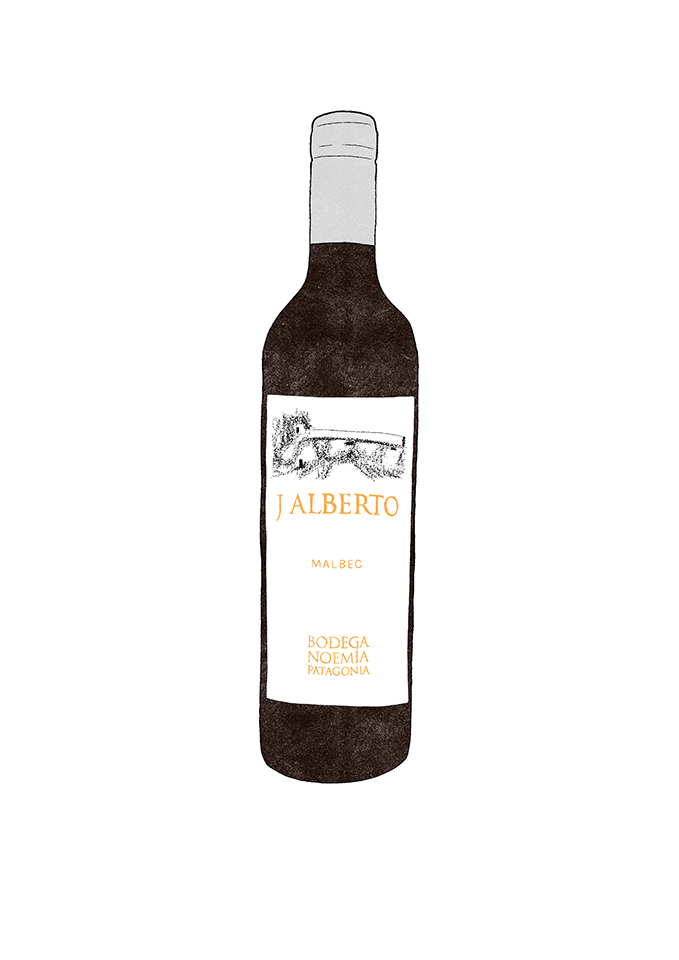